Sean Payton already has an idea of how he’d start coaching Russell Wilson. The former New Orleans Saints head coach has made regular appearances on Colin Cowherd’s show after stepping down from his post, and with the 2022 season winding down speculation is already rife on how soon Payton could return to the NFL — and where. The Denver Broncos have made it known they’ll pull out all the stops to recruit Payton (as well as other big names like Jim Harbaugh and Dan Quinn), and they have enough draft assets to make it worth New Orleans’ while.

Wilson struggled in his first year in Denver, scoring a personal-low 13 touchdown passes against 10 interceptions (tied for fourth-most in his career). And his approach is startlingly simple. His adjusted net yards per pass attempt rate (5.27), which accounts for touchdown passes as well as sacks and interceptions, is by far the worst he’s posted in the NFL. So how do you fix a quarterback experiencing these struggles at his age (34)?

The way Payton has laid it out, he’d start by cutting down on the negative plays and bad habits, then shift gears towards emphasizing Wilson’s strengths as a passer.

“You correct flaws immediately, and then we don’t worry about how long the process is going to take,” Payton said, preaching patience. “In other words I’d want to cutup today, I’d want a cutup of all of Russell’s pass plays of 30 or more yards from the field, and I’d want to see ‘Are there are some schemes that he felt very comfortable with?’”

But he wouldn’t exactly be going into the situation blind. Payton pointed to one of Wilson’s signature plays from his time with the Seahawks as something he’d import to Denver, grinning: “Like I know they did a great job in Seattle of bringing him in off of a naked boot and then pulling up, and we all saw that throw back to (Tyler) Lockett across the field where the ball traveled 60 yards in the air.”

Obviously it’s more complicated than just throwing deep as often as possible, but Payton is right to point to that as area as one of Wilson’s strengths. Wilson routinely graded out as one of the NFL’s best deep-ball passers during his years in Seattle, and it’s kind of mystifying that the Broncos weren’t able to get more out of him.

So he also brought up Wilson’s execution in high-leverage situations as something he’d take a hard look at: “And then I’d want another film of his red-zone touchdown passes inside the 20. And what I’m asking for from assistants, is I’m asking for some of his greatest hits. And I’m seeing if we have those song lyrics available, and if not, I’m putting them in.”

That all makes sense, right? Buff out the flaws in Wilson’s game. Find out why he does best, and build on that. Tailor your playbook to the talent available. It’s a compelling strategy, and the ease with which Payton lays it all out helps to explain why he’s a top target in the Broncos head coach search. We’ll find out soon if working with Wilson truly appeals to him or if he’d rather look for an opening with fewer hurdles to overcome.

7 takeaways from the Saints’ eventful win over the Eagles 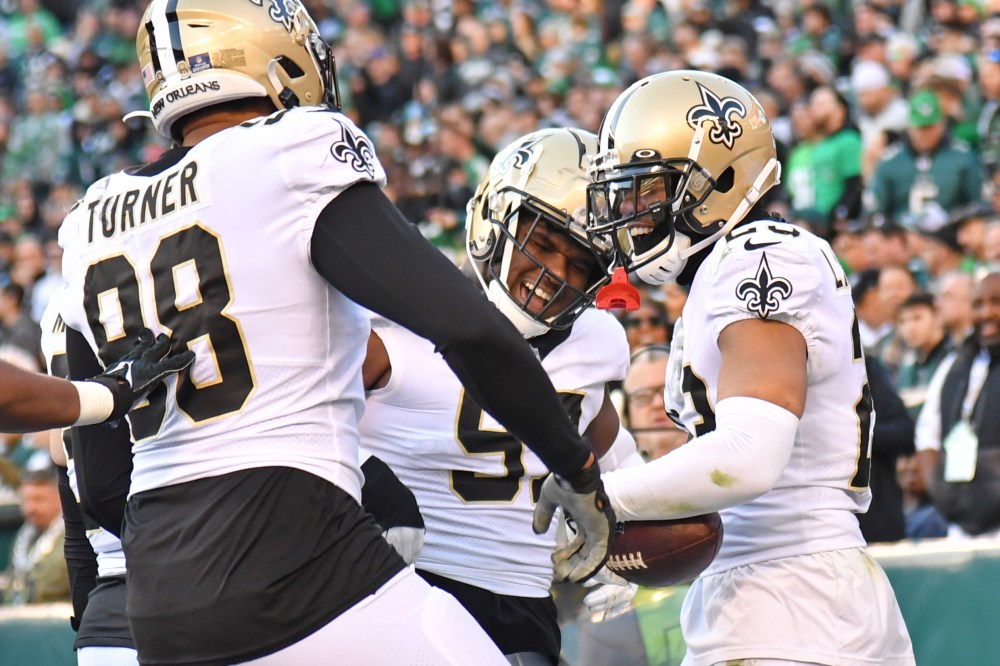