CIIE stands for globalization of trade 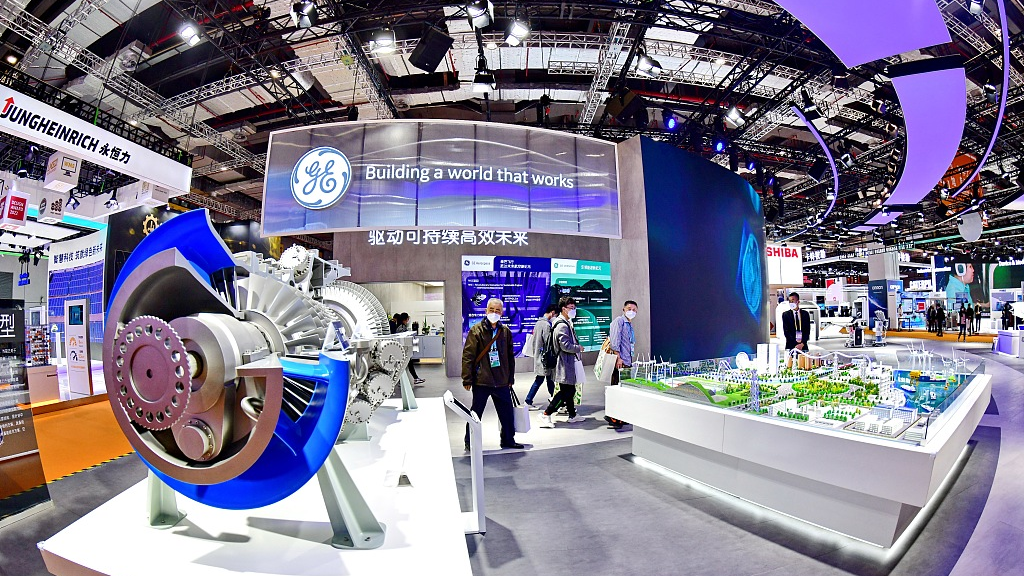 The General Electric booth during the fifth CIIE, at the National Exhibition and Convention Center in Shanghai, China, November 8, 2022. /CFP

The General Electric booth during the fifth CIIE, at the National Exhibition and Convention Center in Shanghai, China, November 8, 2022. /CFP

Editor’s note: Daryl Guppy is an international financial technical analysis expert. He has provided a weekly Shanghai Index analysis for media for the Chinese mainland for more than a decade. Guppy appears regularly on CNBC Asia and is known as “The Chart Man.” He is a national board member of the Australia China Business Council. The article reflects the author’s opinions and not necessarily those of CGTN.

This year, the fifth China International Import Expo (CIIE) provides the first opportunity for a major trade event to work with the Regional Comprehensive Economic Partnership (RCEP), which came into force in January, 2022. This combines the world’s most impressive import expo with the world’s largest free trade area in terms of economic aggregate and population.

The CIIE offers a platform that reinforces the importance of interconnected global supply chains and shows why any moves towards protectionism, a global economy divided by sanctions or de-coupling, is both unreasonable and impractical. The RCEP resists the anti-globalization push because its member countries recognize that global prosperity depends on free and open trade. The CIIE shows how achieving these objectives are possible through trade cooperation.

In his opening remarks, Chinese President Xi Jinping underlined these objectives. He said China will work with all countries and all parties to share the opportunities in its vast market. Previously at the 20th National Congress of the Communist Party of China (CPC), Xi said that China “is committed to working with other countries to … create new drivers for global growth.” Holding the CIIE, he stressed that China will steadily expand institutional opening-up with regard to rules, regulations, management and standards. China is ready to work with all countries to practice true multilateralism, and make sure that the commitment to openness will bring about broad prospects for global development.

For many people, the CIIE is about showcasing their goods and services, which are imported by China. The numbers are impressive, with major companies taking physical and virtual space to exhibit their wares. It confirms China’s role in the global economy with more than $70 billion in announced deals at the fourth CIIE in 2021.

There are two ways to consider the participation. The first, and most commonly used measure of success, is a breakdown of the category of imports. In 2020, China opened up its $3.5 trillion mutual fund industry. Minerals and energy along with food and agriculture related products are major import categories. Manufactured goods including electrical machinery, computers, and cars make up the biggest portion of imports. China remains one of the world’s largest buyers of services. For the fifth consecutive year, China has shortened its Negative List for Market Access. An expanded new category this year gives increased emphasis to the green economy. 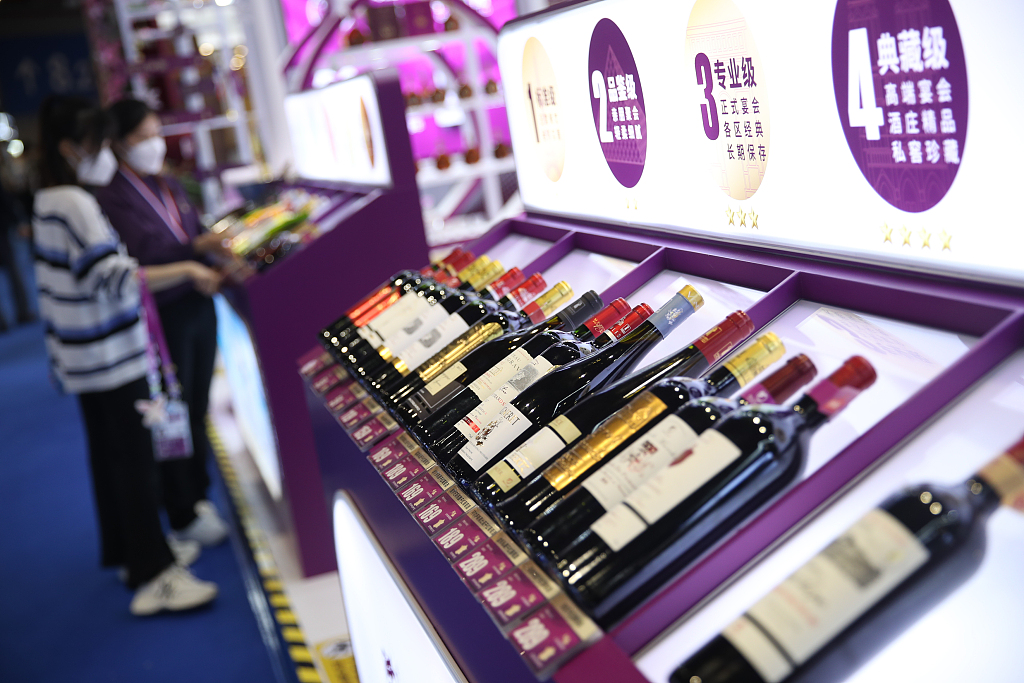 Wines are showcased at the food and agricultural products exhibition area, November 9, 2022. /CFP

Wines are showcased at the food and agricultural products exhibition area, November 9, 2022. /CFP

The second way to breakdown the figures of success is less commonly used, perhaps because it appears so obvious. For countries that exhibit at the CIIE, China represents one of their most important trade partners. It’s a fair bet that for around 3000 exhibitors at the expo, China represents one of their most important trading partners. For many, China is the major source of their profits.

So what is the point of the CIIE? It’s a resounding reaffirmation of China’s engagement with the world of international trade. It’s more than a demonstration of China’s huge appetite for imports. Remember, this isn’t mainly about China showcasing its exports to the world. This is where about 145 countries, regions and international organizations competing with each other to show how engaged they are with China and how important China is to their economic prosperity.

This is a rejection of the gloomy shadow cast by a sluggish world economy, the ongoing COVID-19 and rising anti-globalization. With a new and increased emphasis on the green economy, the CIIE provides a platform for cooperation and development.

The most significant point of the CIIE is to bring home just how important China is to the continued prosperity of all the counties that participate in it. It’s not a new idea, but the reconfirmation of this relationship is welcome in the current global environment.  Without free and open trade with China, many economies would contract and perhaps collapse. This is a superb demonstration of global co-dependency.

With the CIIE, President Xi demonstrated what is at risk in a trade war and the importance of cooperative inclusion in trade partnerships like the RCEP. He demonstrated why it is essential to support the existing structure of the global rules based trade order embodied in the WTO and RCEP. The CIIE demonstrates why the threat to free trade posed by tariffs, sanctions and economic warfare is a threat, not just to China, but to each and every one of the economies gather at the CIIE that count China as their major trading partner.

The CIIE places a welcome mat to all RCEP members, and to the wider global community to join China in opening up their economy to foreign participation. It places cooperation at the forefront of international trade relations.

The CIIE is a good counter-point to the forces of anti-globalization. In a week of dazzling displays, side events, virtual exhibitions and speeches reaffirming the significance of exports into China, the CIIE has eloquently highlighted the genuine risks of any trade war with China and the advantages of trade cooperation.

(If you want to contribute and have specific expertise, please contact us at opinions@cgtn.com. Follow @thouse_opinions on Twitter to discover the latest commentaries in the CGTN Opinion Section.)