With the company not in attendance at trade show Bauma next month, more than 70 pieces of Cat construction equipment, attachments and technology will be displayed by its dealer in Germany, Zeppelin. 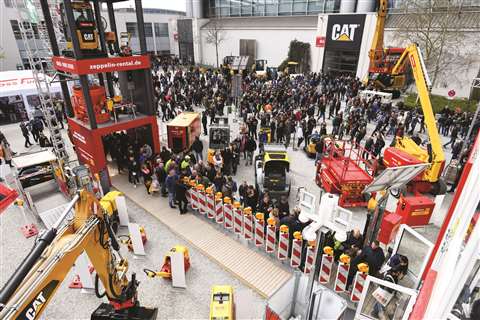 Under the theme of ‘Let’s Do the Work’, Cat will showcase nine tracked and four wheeled next generation excavators, ranging from 15 to 95 tonnes.

Wheeled loaders on show include the 980 XE medium wheeled loader, featuring a continuously variable transmission, which promises fuel efficiencies of up to 35%, compared with the predecessor M series models.

On the 988K XE wheeled loader, an electric drive gives the machine faster downhill speeds, improved rimpull and increased hydraulic breakout force. In all, Cat says the machine’s productivity is increased by around 5%, compared with the predecessor model.

Zeppelin will also show a D4 dozer, with recent updates including improved sigh lines and a range of new technology features.

Cat’s on-show technology will include the Cat Command Station, which enables operators to work remotely and safely, whether it be close to the machine or many kilometres away, while seated in a virtual cab with familiar controls and display.

Other Cat technologies at Bauma include Cat Productivity, a cloud-based application that promises an overview of machines and jobsite production. 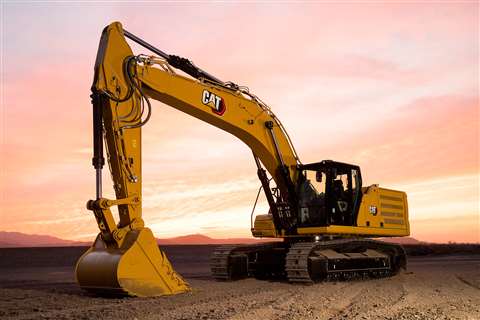 Cat Grade with Assist for excavators will show how machine position sensors are used to automate boom and stick movements for more accurate cuts, according to parameters defined by operators.

Visitors to the Zeppelin stand can also discuss service solutions for Cat equipment, made easier by the fact that more than 1.2 million connected assets are now capturing and reporting machine operating data.

In this way, dealers such as Zeppelin are able to use Cat’s VisionLink system to increase machine uptime.

In the lead up to Bauma 2022, KHL is covering the latest product launches, event announcements and any other news related to the show.

To keep up to date with the latest Bauma news, read more here or download the KHL Bauma app, available on iOS and Android.