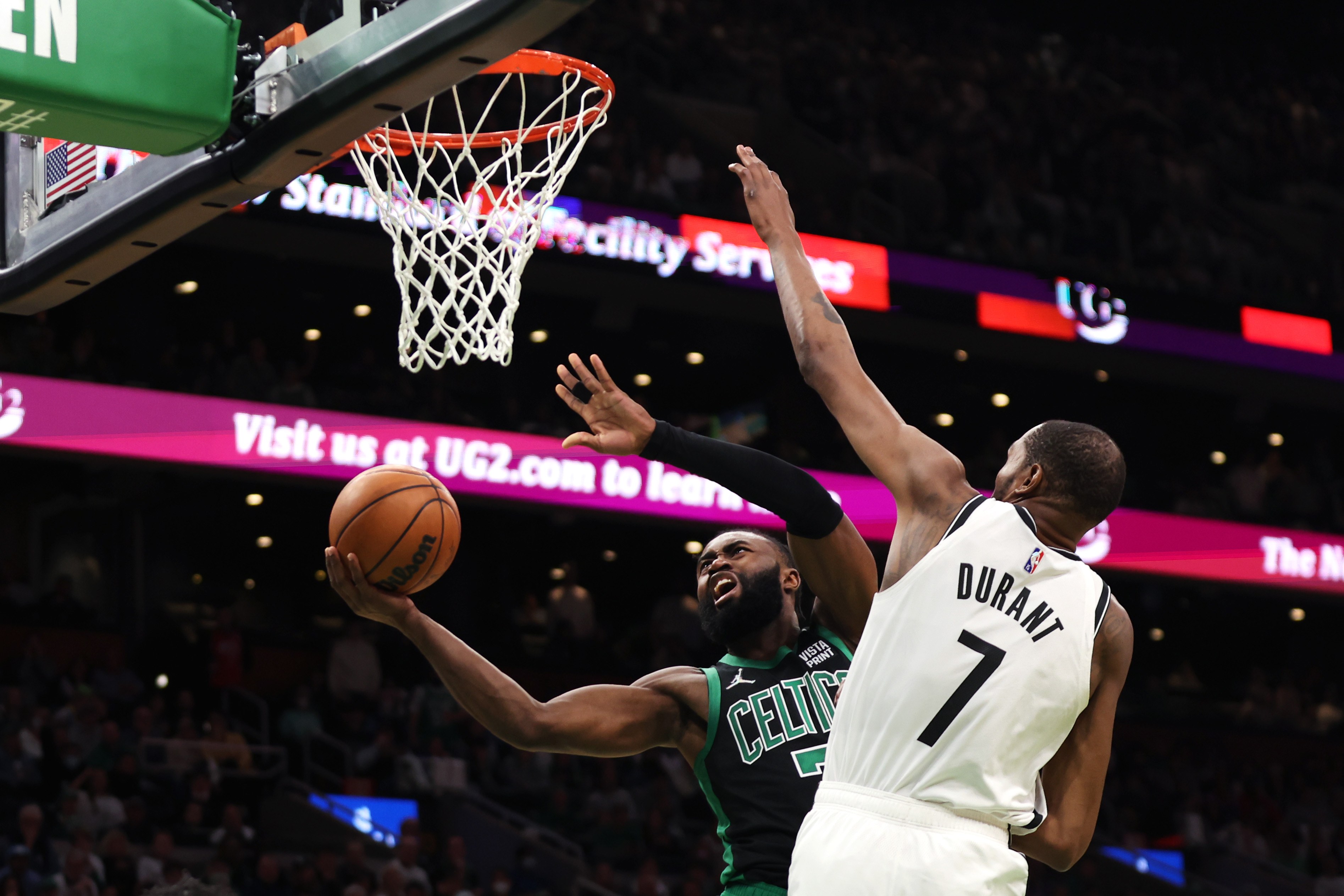 After watching him help lead the Boston Celtics all the way to the NBA Finals and to within two games of a championship, one would have expected the seemingly annual trade rumors surrounding Jaylen Brown to at least take a break.

That has not been the case, with Brown’s name coming up in reported Durant trade talks a couple of weeks ago, which sent NBA social media channels into a frenzy.

Although a trade didn’t come to fruition – not to this point, at least – the question now is: Will Brown let that scuttle affect his want to remain with the Celtics?

According to Bleacher Report, people around the NBA are pondering that same question:

And Boston just swept the Durant-led Nets in the first round of the playoffs. Brown came away from that series—and the rest of the playoffs—looking like a true star. “Jaylen won’t let this affect his play, but he won’t forget this, either,” one Eastern Conference scout said. “The kind of season he had, the team had…I know this is a business and he knows it’s a business, but hearing your name in trade rumors, even if it’s Kevin Durant in the deal, can’t feel good considering how he played against KD and how the Celtics did against the Nets.”

A coach from the Western Conference shared a similar question in that same article:

Another league executive said he can understand why Brown seeing his name brought up in trade rumors this time around—even for a player like Durant—is a different kind of feeling than previous times he was mentioned as being on the trade block. “When you give your blood, sweat and tears, as I know he has to that team, and you don’t feel you’re getting that same love back, it’ll definitely make you look different or look twice at your front office and how they do things,” said a Western Conference coach.

Brown has proven to be a consummate professional during his time in the NBA, often willing to put his body on the line to make winning plays despite his star status.

We don’t expect that to change next season, despite the trade rumors popping up about him this summer.