Four hundred people from around the world will be in St. John’s later this month for an international convention on aquaculture.

Pre-pandemic, that wouldn’t turn many heads. But after two years of cancellations because of COVID-19, it’s a welcome development.

The World Aquaculture Society event, Aug. 15-18, had originally been planned for 2020 but was cancelled after the worldwide coronavirus outbreak.

Now it’s part of a 2022 revival at the St. John’s Convention Centre.

The pandemic was tough on this facility. 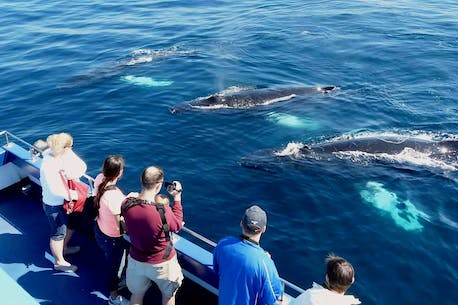 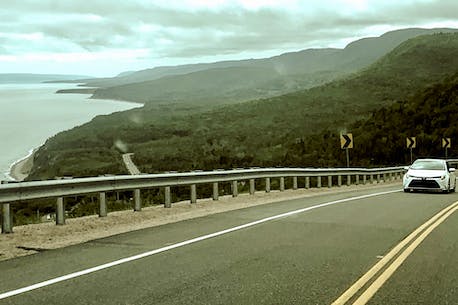 Michelle Eagles, sales and marketing manager for the convention centre, said it’s been a relief to see the conventions coming back. The calendar is not as full as it used to be before COVID, but is getting busier, she said.

And if things go according to plan, the Newfoundland capital could become a ‘go to’ destination for ocean sciences and technology conventions.

Cathy Duke, CEO of Destination St. John’s, said more than a dozen executives—people who are planning conventions for ocean tech organizations and corporations—traveled from the United States, Denmark, France, the U.K. and Germany to see what St. John’s had to offer.

“The idea was to let them see what we have here in terms of strengths in the ocean industry sector, so they would be more likely to bring a conference here,” she told SaltWire.

During their visit they spent time at the Marine Institute to check out things like marine simulators, and the National Research Council (NRC) home to one of the largest wave research tanks in the world.

Duke said with those resources, and others, available in the city, “there’s so much potential if we can target that ocean industry sector.”

Duke, like Eagles, is happy to see convention traffic returning and bringing new money into the local economy.

From 2015 to 2019 the city hosted about 100 conferences and sporting events annually, she said.

About the St. John’s Convention Centre

This year they welcomed Karate Canada’s national convention in July, which drew about 2,000 visitors, with 500 athletes, their coaches and family members.

The lineup at the convention centre also included an Energy NL conference and trade show in May. Next month the facility will be the local for national conventions.

While there are still some challenges around travelling, and planning major events in a post-COVID world, Duke said the outlook for more conventions in St. John’s is promising.

This year, she said, Destination St. John’s is on target to gain back about 70 percent of its pre-pandemic events business.

It shows in hotel bookings data supplied by local hotels, she added.

Still, there are some challenges, like the lack of rental cars.

Duke said delegates to in-person conferences usually bring their spouses, or whole family, with them to combine business with vacation.

They hire a car and get out to see other parts of the province, places like Gros Morne National Park, or the Bonavista Peninsula.

This year that wasn’t so easy.

“We’ve had a lot of calls to our office from delegates who wanted to come early, but couldn’t get a car to rent,” she said.

“I haven’t seen the numbers lately, but at one point, about a month after it came on stream, there were a thousand cars out,” she said. “So that’s helping.”

The pandemic may have made for a quiet SJCC, but it didn’t slow the work of the sales team, who have been busy making pitches to conference planners to make sure St. John’s is on the radar.

“Bigger conferences are usually booked three to four years ahead,” she said. “We may not see any results from our proposals for a couple of years. But the good news is, we are getting requests for quotes.”

Duke and her team are also busy responding to queries.

She explains before a city is chosen as a convention site, planners come to visit, to check out the convention space, the hotels and other things the location has to offer, including touristy things like whale watching excursions.

“Our team has been flat out all summer, hosting planners,” she said.

Executives who came for the five-day Oceans Sciences Roadshow also got to experience the province’s nature and culture, with a trip to the Witless Bay Ecological Reserve,

a kitchen party and a taste of local cuisine with a cook-out on a beach.

In a post-pandemic world, added Eagles, travelers seem eager to get off the beaten path and enjoy nature.

The good thing, she said, is that Newfoundland and Labrador has plenty to offer on that score.

“It seems people are looking at getting back close to nature and just having … relaxed, genuine experiences. And you can come here and do that without having … a huge crowd around you,” she said.

For that natural experience, she said, “this province is certainly a bucket-list destination.”

More Things to Do in Denver This Weekend, August 4-8

More Things to Do in Denver This Weekend, August 4-8