Web 2.0 might have never happened without what was possibly the most reviled piece of software in history. Today, Microsoft Internet Explorer—which at one point accounted for more than 90% of web browsers in use and was the first web browser included with Apple Macs—bids farewell to the world. And the world has not been kind. People have not appreciated IE and even made a sport of denigrating it.

True, much of the criticism was merited, especially in its last few years once Google’s Chrome browser took over to become the dominant player. Chrome left IE in the dust in terms of speed, and it sticks to open web standards whereas IE used proprietary technologies.

The Wellspring of Web 2.0

Web 2.0, in which web pages were no longer static entities but could update themselves without contacting the web server for every page update, relied at first on Ajax (asynchronous JavaScript and XML). It found its first manifestation in Internet Explorer 5.0, thanks to its support for XMLHttpRequest in 1999. Even before that, Microsoft’s ActiveX technology, based on COM (component object model) software framework, gave programmers a way to do program-like things in the browser. As a result, we got online word processors, streaming media sites, and other marvels.

IE brought other innovations to the web browser, too, several of which became part of the HTML standards. The DOM (document object model) allowed any part of a web page to be manipulated by JavaScript, as well as the ubiquitous innerHTML DOM extension. Iframe was another innovation that offered a way to show a web page within a window inside another web page. Then came IE’s support for events and event bubbling(Opens in a new window). Some of the events the IE developers pioneered include stuff we do every day in the browser: right-clicking to get context menus, spinning the mouse wheel, and cursor hovering.

IE was also the first major browser to support CSS, a standard developed at CERN in part by Håkon Wium Lie, who later went on to work on the Opera browser and was responsible for innovating many browser features we take for granted today. IE also introduced later CSS features that are now indispensable, like box width and height, text overflow ellipses, word wrap, gradients, and opacity.

Finally, basics like drag-and-drop, clipboard access, and rich text editing in the browser are all thanks to—you guessed it—Microsoft Internet Explorer. For a developer’s point of view on IE’s contributions to the evolution of the web browser, read this 2012 post by Nicholas C. Zakas(Opens in a new window).

So then, why all the hate?

Though Internet Explorer and ActiveX enabled app developers to do things in the web browser that were previously not possible, it also gave malware developers the same options, and that provoked the browser’s long downward slide into infamy. There was a seemingly never-ending news cycle about this or that latest malware attack made possible by IE.

So why didn’t Microsoft just take this malware-prone code out of later versions of IE? Because that would break the code used by many a corporation that spent millions of dollars on their own web applications. Even PCMag used a content management application that, until 2019, required Internet Explorer. (We’ve since moved on, to staffers’ relief.) 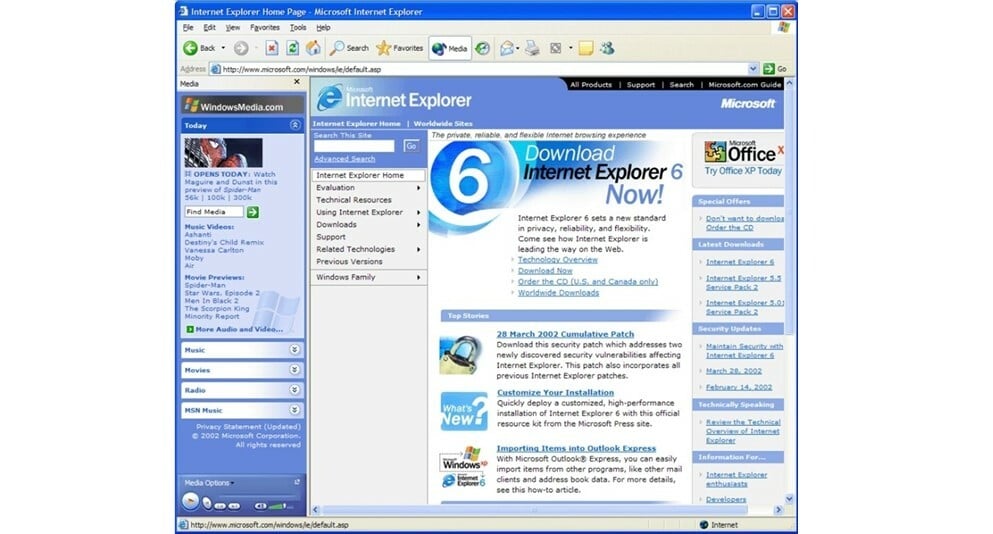 IE 6 was the biggest version villain of the browser, drawing the harshest criticism despite it being the default browser of Windows XP, one of the most loved OS versions. Because of the browser’s security issues, Microsoft itself vigorously campaigned to get people off IE 6, creating the IE6 Countdown(Opens in a new window) site. But the security foibles didn’t end with IE 6. There was the time version 8 threatened government workers with access to nuclear and other toxic materials. Even the loyal XP users at one point would be denied protection from one vulnerability (though they were clinging to a long-unsupported OS version).

Recommended by Our Editors

Despite many improvements and fixes to the security issues in later versions of IE, the damage was already done, and the browser had lost nearly all of its market share to Chrome. Developers no longer targeted IE, but rather only cared about their code running properly in Chrome. It only makes sense, since developers always want to focus on what the vast majority of of their users are running. And IE trailed in support for the new HTML5 standards that Chrome was often first to implement. 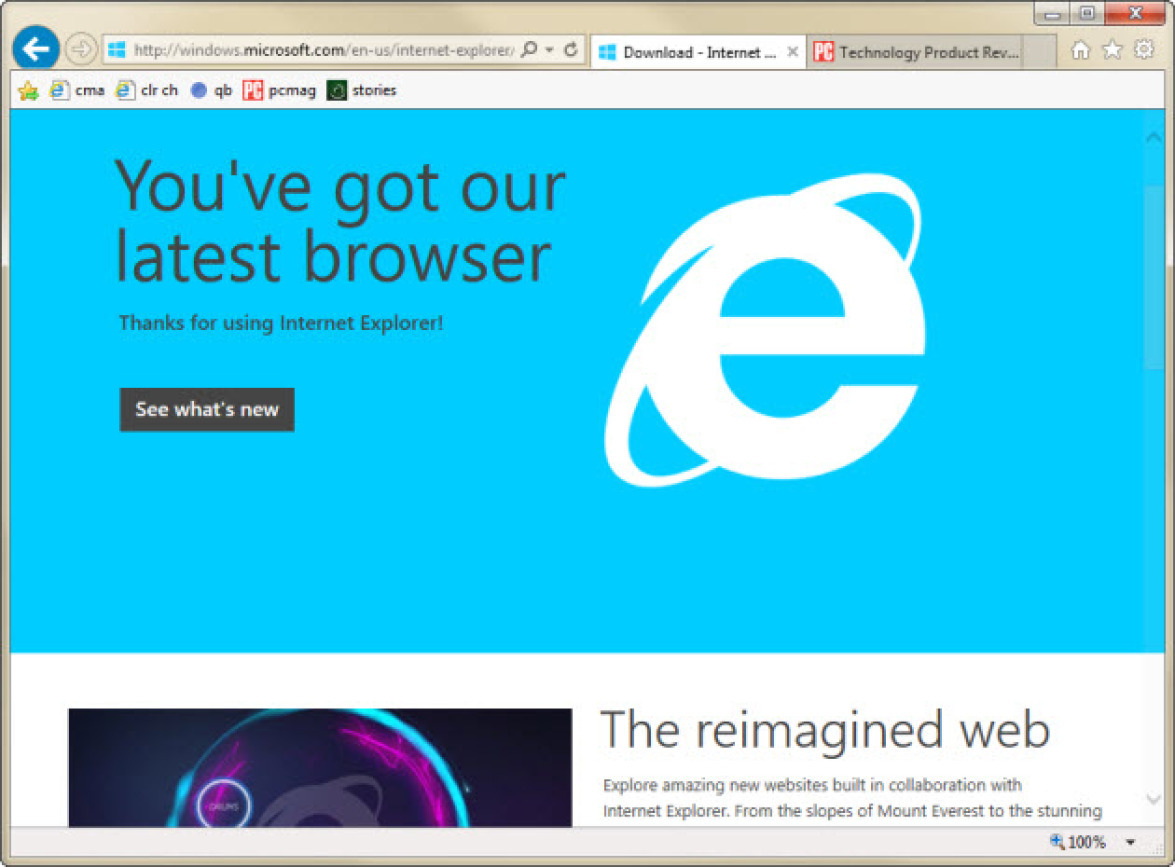 Microsoft changed the name of its browser to Edge with Windows 10, but it still used its own web page rendering code. That changed with the current Edge browser (the original one is now referred to as “legacy Edge”), which uses the same Chromium page-rendering code as Chrome. The IE development team got tired of playing catchup and whack-a-mole, and decided to contribute to the Chromium open-source browser code and use it as the basis for its own new version of Edge.

I was against this move at first, resisting the idea of a single central point of control for the web, which was supposed to be about interoperability without one company (Google) taking it over. I thought alternatives and options were good for innovation. Ah, youthful idealism! I do still feel that way a bit, but I recognize the advantages of a unified web code standard. As it stands, only Firefox remains as an alternative web rendering engine choice, the rest having moved to Chromium.

Yes, it’s time to make the switch to Edge and say your final goodbyes to IE. Sort of. For those who still use business applications that require the now-obsolete browser, there’s a way forward: You can enable IE mode in the new Edge, even in Windows 11 (though unfortunately not in the macOS and Linux versions of Edge). In all likelihood, that feature will disappear eventually. When that final form of IE is dead, the storied browser will nevertheless continue to live on, in the web standards and features it made possible.

Get Our Best Stories!

Sign up for What’s New Now to get our top stories delivered to your inbox every morning.

This newsletter may contain advertising, deals, or affiliate links. Subscribing to a newsletter indicates your consent to our Terms of Use and Privacy Policy. You may unsubscribe from the newsletters at any time.