Final Tennessee Titans 7-round mock with a trade back 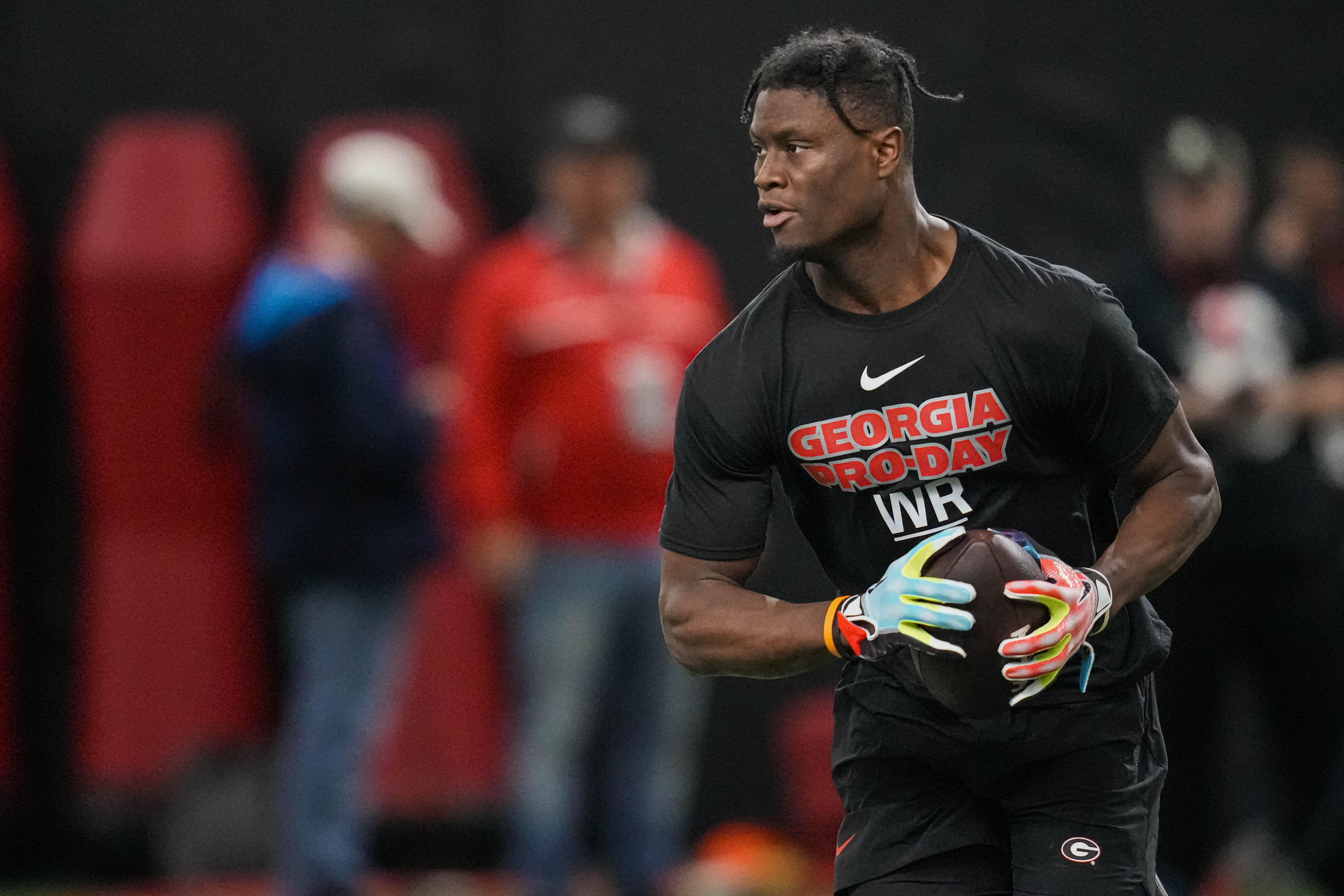 With my first pick, I went ahead and selected one of the wide receivers I would have been tempted to take had I stuck at No. 26 overall.

Georgia’s George Pickens is one of the most underrated prospects in this entire draft class. Pickens has some of the strongest ball skills and most reliable hands in this class.

George Pickens’ drop rate is great, but combined with a reel of absurd, spectacular catches makes it special.

Best hands in the draft?pic.twitter.com/Qph96UqMFF

Pickens also possesses legitimate 4.4 speed at 6-foot-3, and he plays the physical brand of football that would fit in well with Mike Vrabel and the culture he’s built in Tennessee.

All aboard the George Pickens hype train 🚂 pic.twitter.com/K1Pmo0dKR9

The Georgia product will immediately give the Titans a formidable wide receiver trio, along with A.J. Brown and Robert Woods.

My next pick then went to arguably the best tight end in the entire draft, Trey McBride. The Colorado State product has three-down potential as a blocker and a pass-catcher.

So here’s a two minute cut-up of his receiving chopspic.twitter.com/dxxiHKk2Oz https://t.co/OxmGcbdeRI

Last season, the Titans ran the majority of their offense out of 11-personnel (three wide receivers) and 12-personnel (two tight ends). Those first two picks ensure that those packages will be more dynamic and talented.

I concluded Day 2 by selecting one of the most athletically fluid interior linemen in this entire class, Chattanooga’s Cole Strange.

Cole Strange is having a good week pic.twitter.com/KyRAqvsnqN

I then began Day 3 by giving the Titans a third-down running back with more overall upside than Dontrell Hilliard. Despite his limited athleticism, many believe that Kyren Williams has the best blend of pass protection, route-running, and pass-catching abilities out of all running backs in this class.

You could make a mixtape off of Kyren Williams blocking highlights alone. He’s got that dog in him. pic.twitter.com/691wODT8eR

The Notre Dame product also offers legitimate upside as a runner and could develop into a complete three-down running back with proper guidance and patience.

I then went ahead and drafted an athletic offensive linemen with a massive 7-foot-1 wingspan who dominated his level of competition in Matt Waletzko. The North Dakota product possesses all the traits that you look for in a project tackle. He is worth the shot there in Round 5.

In a league valuing tools above anything else these days, too many still sleeping on North Dakota’s Matt Waletzko. @matt_waletzko has rare get-around reach (85 6/8 wingspan was longest at @seniorbowl) and quietly had great Combine with 5.03 40-yd dash, 30.0 VJ, and 9-5 BJ. 📈💤 pic.twitter.com/syauc5ko0l

I concluded the draft by adding two players in Round 6 who could contribute to special teams and either offense or defense.

Tyquan Thornton is a dynamic athlete whose speed and versatility would be a valuable asset to the Titans’ wide receiver room and special teams units as a potential returner.

Check the 📽️ below: hand strength to finish and outstanding redzone ability, all while showing the game speed matches the⏱️speed. #NFLDraft pic.twitter.com/AHqliLHONP

Lastly, I give the Titans a physical presence on defense and special teams that they can develop.

Smoke Monday is as well-rounded a Safety as there is 😤

Smoke Monday is a passionate tone-setter in the run game, and with the Titans being in the same division with Jonathan Taylor, it’s smart to have someone who can physically enforce things in the box.

Plus, as an added bonus, Monday has the coolest name in the draft and his addition would continue the Titans’ recent trend of picking players with cool names in the sixth round, like Brady Breeze and Racey McMath.