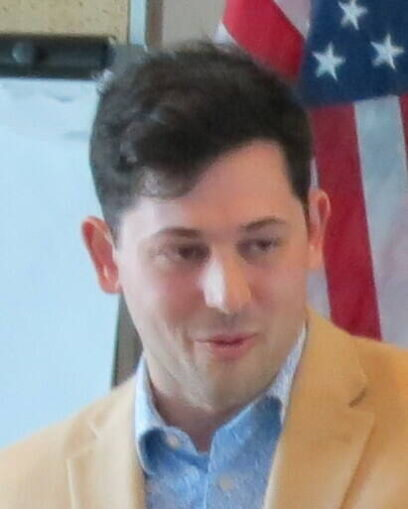 DOBSON — Rather than growing on the second day of a reinstated candidate filing period on Friday, the field actually got smaller where city races are concerned.

Will Pfitzner exited the ballot for a North Ward Mount Airy Board of Commissioners seat he’d thrown his hat in the ring for in December when filing initially began — before being suspended nearly three months by state redistricting court challenges.

Pfitzner said shortly after filing that he planned to withdraw his name due to being unaware that a respected family friend, Joanna Refvem, also was seeking that office, who he thought would do a better job. And he officially did so Friday, according to Surry County Director of Elections Michella Huff.

The owner of a business called LazerEdge Designs, Pfitzner, 28, had said his reasons for seeking public office included wanting to inject an element of youth into city leadership, and he vowed to do again in the future.

Friday was a relatively quiet day for filing at the elections office in Dobson after a busy day Thursday when a flurry of activity surrounding Mount Airy offices unfolded.

With all court challenges running their course, the candidate filing period for the 2022 election cycle was allowed to resume statewide Thursday after being halted in early December.

A primary election is scheduled in May for various local, state and federal offices ahead of the general election in November.

The candidate filing period ends Friday at the Board of Elections office, located in the Surry County Service Center at 915 E. Atkins St. in Dobson.

Countywide, only one candidate filed Friday based on a breakdown from Huff, Kent Whitaker for the District 3 seat on the Surry County Board of Education previously held by Early Coe, who resigned last year.

Whitaker, 69, who lives on Siloam Road, Dobson, is a Republican, the same party as the only other person to enter that race so far, Jessica George, 33, of Cheyenne Trail, Siloam, who did so in December before the shutdown.

Other previously unreported filings, from Thursday, include those of incumbent county commissioner Mark Marion, 63, a Republican who represents the Central District and is seeking his second four-year term, and fellow GOP member Landon Tolbert, 30, for the same seat.

Some interesting battles are developing in Mount Airy, where elections are non-partisan.

Former Mount Airy Mayor Deborah Cochran, 59, of Allred Mill Road, filed Thursday to run for the at-large seat on the city council which she also once held before being elected to the municipality’s highest office.

This was part of an understanding between the two, Zalescik explained, due to a quirk in the municipal election process whereby the person winning the at-large seat will serve only the last two years of an unexpired term before facing re-election.

Since Yokeley is said to be “winding down” and is interested in a short-term proposition, he opted to run for that office while Zalescik desires a longer tenure that the South Ward would offer with a full four-year term.

John Pritchard, 77, who lives on Ridgecrest Drive, tossed his hat into the ring Thursday for the North Ward commissioner race in which Refvem, 67, of Montclaire Drive, is now the only other candidate.

That seat presently is held by Jon Cawley, 59, of Country Club Road, who is running for mayor in a field that now includes the present mayor, Ron Niland, 66, of Folly Farm Circle, and Teresa Lewis, 63, another former at-large commissioner for whom no street address is listed.

All three had filed in December.

As of Friday at the close of business, this slate of office-seekers since December was in place, aside from city and county races already listed, with four more filing days remaining:

• Walter D. Harris, 68, of Tanglewood Drive, who is running for a Mount Airy District seat on the Surry Board of Commissioners now held by first-term incumbent and fellow Republican Bill Goins, who has not filed;

• Candidates for the District 2 seat on the Surry Board of Education, including Democratic incumbent Mamie McKinney Sutphin, 44, of Pilot Mountain, no street listing given, and Republicans Tony L. Hutchens, 57, of Swansboro Lane, Mount Airy, and Brent Long, 56, of Tom’s Creek Bluff Lane, Pilot Mountain;

• One candidate for District 4 on the county school board, Republican T.J. Bledsoe, 40, of Stone Harbor Lane, Dobson.

• Democratic incumbent Tim Matthews, 65, of Barrington Drive, the at-large member of the Mount Airy Board of Education, with no one filing so far for its District A and B seats;

Candidates for N.C. House and Senate races file at their respective county boards of elections.

Those seeking federal offices such as seats in Congress complete their filings at the state Board of Elections in Raleigh.