The writing is on the wall for Denzel Mims — even if nobody at One Jets Drive wants to admit it.

Mims looked like he had a real chance to be New York’s deep threat of the future with the way he played as a rookie in 2020. The former second-round pick looked dynamic on the outside, using his athleticism to make plays down the field.

Then, the Jets overhauled their coaching staff and brought in an offensive scheme that plays directly against what Mims does well.

There is a place for a deep threat in Mike LaFleur’s west coast offense. However, New York was not pleased with Mims’ inability to play all three receiver positions in the system and it resulted in him essentially being phased out of the offense. The Baylor product caught just eight passes for 133 yards in 2021, seldom taking the field despite the Jets dealing with major injury issues to Zach Wilson’s top weapons. Multiple illnesses and Mims’ own injuries didn’t help him.

Despite Mims clearly falling out of favor, the Jets have continued to stand by him. Joe Douglas talked him up Wednesday at the NFL Combine, praising the way Mims is going about getting back on track this offseason.

“Denzel is attacking this offseason,” Douglas said. “I know he’s in great shape. I’ve had great conversations with his agent. I know he’s working his tail off. I know he’s excited to get back here for OTAs and compete with the rest of his teammates.”

That public endorsement is nice after the season Mims endured, but Douglas isn’t going to get in front of the media and provide a middling assessment of a recent second-round pick that he made. The Jets have fielded phone calls on Mims’ availability in the past and Douglas is known to listen to any offer that comes his way. Teams around the league wouldn’t be interested in Mims if his own general manager was lukewarm on him in public.

Sam Darnold received similar compliments from Douglas and Robert Saleh before he was traded to the Panthers last offseason. Saleh’s introductory press conference was filled with Darnold praise and Douglas never publicly indicated that the Jets were moving on from him before shipping him to Carolina.

The NFL, just like every other sport, is a business. Players, coaches and executives say one thing and then do another with regularity. Some of Douglas’ praise of Mims might be legitimate — there have never been any questions about his work ethic — but those words needed to be said for the sake of a potential trade.

Don’t read a whole lot into press conference praise. There’s still a chance Mims is suiting up for a different team in 2022. Douglas is just doing his job the way it should be done.

6 Jets who could be traded this offseason 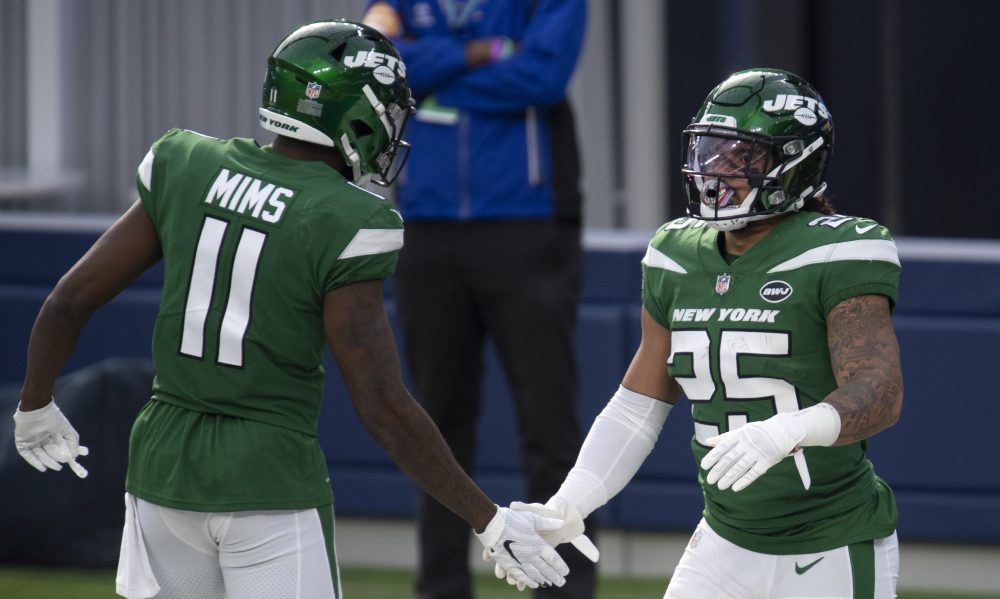 silversmiths with a sense of humour