Observations at the Global Gaming Expo indicate the draw of competitive play and tournament action will be fundamental to the next generation of gamification in social entertainment. 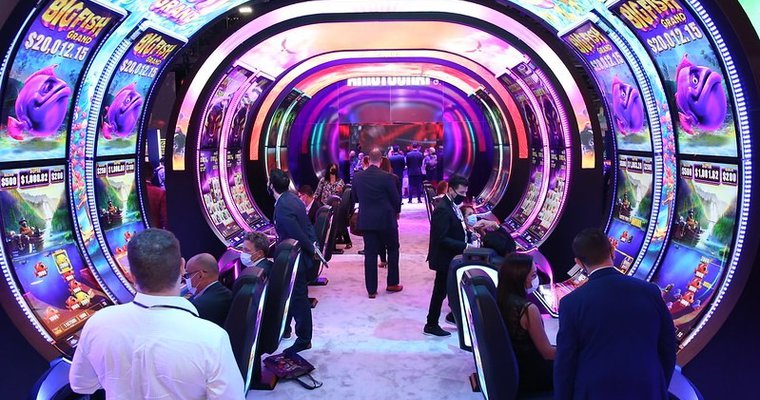 A recent flock of international trade events, along with announcements from hardware, software and operating developers, point to a clear rejuvenation of the amusement scene.

Before exploring some of the highlights of the 21st Global Gaming Expo at the Venetian Expo in Las Vegas, I find it worth noting that it has become increasingly evident that the gaming element of the amusement scene is an important bedfellow in the future of the business.

Several entertainment sites internationally include some form of soft gaming and/or include prize-based competition including e-sports. The draw of competitive play and tournament action will be a fundamental element in the next generation of gamification in social entertainment.

Many of the discussions at the expo were attempting to gauge the impact on business from the protracted lockdown. In particular, the growth of the e-sports and online betting sector for an audience forced to play at home and looking at how the next generation of online payment and technology will drive the new investment to bring the audiences back to the physical land-based venue business.

One of the many exhibitors with a schizophrenic history between amusement and gaming was Incredible Technologies — the company had a dedicated gaming focus over the last few years, in support of their hospitality and amusement releases. In the digital slots and gaming terminal business, the company revealed its “PrismVPX,” with a state-of-the-art 27-inch 4K display, housed in what was described as a ultra-sleek cabinet design.

Speaking of the establishing of business skews, information was revealed concerning the continued consolidation of the Sega amusement venue business. It was announced that the Taiwanese subsidiary of the operation had been acquired as part of the recent moves, now the assets of Sega Amusement Taiwan taken on by Genda Sega Entertainment, comprising several amusement facility holdings in the territory. This will see the transfer of the operation of the “Club Sega,” “Sega World” and “Plus Sega” locations in the territory.

IGT presented its “IGTPlay” resort wallet platform, offering players a frictionless payment platform. This was also supported by resort and floor management platforms that allow the operation of the facility, tracking and usage, and promotional support to key target groups.

In search of transparency

Management platforms seemed to be a serious trend within the sector, allowing operators and managers more transparency to trends, habits and opportunities on their gaming floors. The ability to use machine learning and analytics to gather data on the players’ habits is driving much of the investment in this sector.

Cashless wagering and the use of QR codes for information transactions is another area of growth.

In the conference program, the deployment of “digital assets” as a commodity was touched on, with several sports betting operators offering non-fungible tokens, known as NFTs, as a value item for customers to collect and trade in.

Meanwhile, on the e-sports front, Mall of America signed an agreement with the e-sports production and services company, Wisdom Gaming. This will see a strategic partnership, including the development of an 18,000-square-foot e-sports arena, broadcast studios and entertainment venue that will be housed within the fourth floor of the retail venue and plans to open in 2022.

In previous years the G2E show could attract some 27,000 gaming professionals, although the organizers were under no illusion that they would see the same figures this year.

The gaming industry was incredibly emboldened by the trade event, and the prospects for the future in general — with the industry predicting a 71% increase in gaming unit sales over the next six months.

Meanwhile, the industry also looks at the 2022 market as offering an opportunity to increase market sales and overall business.

(Editor’s note: Extracts from this blog are from recent coverage in The Stinger Report, published by KWP and its director, Kevin Williams, the leading interactive out-of-home entertainment news service covering the immersive frontier and beyond.)