Earlier this week, news broke that Integrated Systems Europe (ISE) will not take place next month in Barcelona, Spain, as planned. The ongoing COVID-19 pandemic—in particular, the rampant omicron variant—caused show organizers to delay ISE 2022 to May 10 to 13, by which time, organizers hope, more people will be willing and able to trek to the Fira de Barcelona.

As usual, the #avtweeps community was quick to offer its view, although perspectives were not unanimous. Many expressed support, acknowledging that now is not a safe time to travel internationally to a large gathering. Others expressed disappointment about missing out on a wintertime escape to Barcelona. Still others questioned the wisdom of moving ISE to a month before InfoComm ’22, which will take place from June 8 to 10 in Las Vegas. Finally, others fretted about financial considerations, such as potentially lost money on airfare, hotel reservations and freight.

Here, Commercial Integrator catches up with Mike Blackman, Managing Director of Integrated Systems Events, and David Labuskes, CTS, CAE, RCDD, CEO of AVIXA, for a no-question-off-limits interview about the implications of the show postponement. They also offer their views on the viability of large-scale industry events in a reimagined, post-COVID-19 world.

Blackman begins by acknowledging that his team and he have been dialoguing with stakeholders for months. He alludes to a meeting with senior managers from key exhibitors back in December, at which time the consensus was to proceed with the February staging. A follow-up meeting occurred earlier this week, during which the participants discussed not only where things stood with registered attendance but also what customer feedback had been. That, Blackman says, is when organizers decided a postponement served all parties’ interests. Paraphrasing them, he explains that exhibitors were basically saying, “Look, we feel more confident that people will feel more comfortable traveling later in the year than now.” And that sentiment, Blackman says, “…was one of the key drivers to doing this.”

When I share the comments that I’ve seen in the #avtweeps Twittersphere, Blackman notes that the response that he’s seen has been largely positive. “You can’t please all of the people all of the time,” he acknowledges. “We think we’ve pleased most of the people with this decision.” With respect to exhibitors, Blackman states that the major ones seem happy with the postponement and have made clear that they intend to participate in May. He adds that he was particularly gratified to receive support from the local community and authorities in Barcelona.

“The chairman of the hotel owners’ association welcomes the decision and said that he will be supporting ISE,” Blackman declares. He called this something of an unexpected positive, as one might think hotels would be disappointed by potential lost revenues. However, according to Blackman, they’re happy to see the shift to May for the same reason that most exhibitors are: They feel that more people might come to the event in late spring.

Among those expressing concerns about the postponement, a common theme has centered on questions about existing financial outlays. For example, those who have prepaid hotel rooms and airline tickets, and those who’ve arranged freight transport to Barcelona. Many show participants have expressed worry about losing those monies. When I bring up that topic with Blackman, he acknowledges the challenge, saying that his roughly 30-person ISE team is reaching out across the world to work with show stakeholders.

Speaking of the hotel agency with which ISE works, Blackman says, “If anyone has booked a hotel through the official channels—with us—they are working with the hotels right now to try to recover payments where possible, and to move those payments to May. They will be contacting the exhibitors and any individual customers who made bookings and try to find a compromise for those customers, with their interests at hand.” He acknowledges, however, that, with the announcement made only days ago, the process is now beginning, not ending.

As regards freight, Blackman says the ISE team is also tackling that issue. He explains, “We are working on solutions for our exhibitors. Anyone who’s got freight in Barcelona, we’re already talking with them and finding compromises and solutions to actually help them with that in terms of storage, etc.” So, if your firm had been planning to participate in the Barcelona show next month and you have freight in limbo, you should expect to hear from Blackman and his colleagues if you haven’t already.

We’ve once again found ourselves in the situation where ISE and InfoComm are scheduled to occur within mere weeks of each other. This has provoked some consternation in corners of the AV community. Labuskes makes clear, however, that InfoComm has no intention of postponing. “For the most part,” he says, “the people that are talking about [the scheduling] are not trade-show experts.” Labuskes makes the case that, for many vendors, back-to-back events across the country—or across the world—are a matter of course. “They know how to do this,” he says, speaking of exhibitors. “They have the resources for this.”

Labuskes expresses the same lack of concern when I ask him about NAMM, whose exhibits (June 3 to 5) are literally days before InfoComm’s (June 8 to 10). He argues that NAMM—not AVIXA—changed dates in this case, and that InfoComm’s timing is exactly as it traditionally has been. Labuskes adds that convention centers’ calendars are often booked out years in advance, making it extremely difficult to alter plans on the fly. It’s so difficult to change, Labuskes says, that the ISE team deserves kudos for pulling off the shift to May. “The fact that Mike and his team had reserved dates as a potential option is actually a huge reflection on their behalf with regard to planning and positioning ISE to be able to respond with agility to changes in the context,” Labuskes says.

Blackman amplifies the point that show proximity should not pose a problem by harking back to the good old days of business normalcy. “In the traditional years, when everything’s normal,” he begins, “NAMM has always been about a week before ISE. And those companies manage to come across the pond—doing NAMM and then coming to ISE in Europe.” Thus, he underlines Labuskes’ point that exhibitors, while perhaps challenged by these circumstances, nevertheless know how to deal with them. Ours, after all, is an industry of innovation.

Blackman does acknowledge valid concerns centered on Midwich’s TechXpo, which had been scheduled for May 11 to 12. However, he assures, that has been addressed. “They’ve talked with us, and they’ve said that they will move their dates because ISE is important for them,” Blackman explains. “So, we’re working with them, and they will be part of ISE.”

Will There Be Refunds?

As we all know, the COVID-19 situation is not merely fluid but also, in fact, prone to rapid shifts. There wasn’t a great deal of time between us becoming familiar with the word “omicron” and there being 800,000 daily new cases in the U.S. So, I ask Blackman and Labuskes whether show participants can expect to receive money back if either ISE or InfoComm runs into pandemic-related headwinds. In answering, they allude to the tremendous financial investment that show organizers make in staging their events as well as companies’ fundamental understanding of risk.

“Last year, we were very, very generous in actually giving complete refunds to the industry,” Blackman says of ISE. But, he notes, nobody can have a sustainable business if they always refund money. “Obviously, we try to be as helpful as possible,” Blackman explains. “We’re in this industry, and we want to work with our customers. We don’t want them to get into difficulties. But we also have a business to run.” And part of that business involves investing large sums to pull off shows like ISE 2022. The show will be going forward, he declares, adding that, amid the pandemic, customers and ISE alike understand the uncertainty.

Labuskes amplifies that point, saying, “All successful business organizers evaluate risk and make decisions and investments accordingly. And the investment that our exhibitors make in an event like InfoComm or ISE…those investments are well thought out. They know the risks, and they know the rewards.”

Neither Blackman nor Labuskes talk about record numbers of show participation; they acknowledge that, amid COVID-19, numbers will likely be smaller than record years. They do emphasize, however, the quality of the dialogues that will occur. “The quality of exhibitor and attendee interactions is absolutely more important than the quantity,” Labuskes declares. “If you can enhance the experience and enhance the attendee profile for the exhibitor, the number of people who walk by becomes far less important.” Blackman believes that, as companies consider associate travel amid health risks, shows might become magnets primarily for decision-makers, rather than being hubs for end users who lack purchasing authority. For the exhibitor community, that might not be a bad thing. 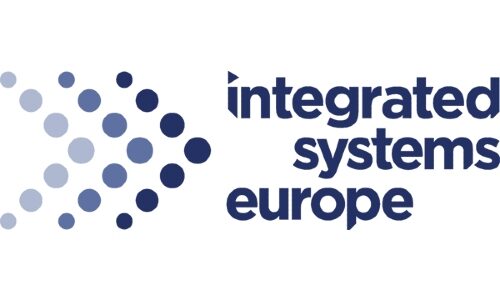 The core value proposition of shows like ISE and InfoComm, however, centers on the same benefits as always: networking, collaboration and interaction. According to Blackman, the core message from many manufacturers is simple: “We miss the face-to-face interaction. We want to let people touch and feel and see and hear firsthand what our products and solutions can do.” Although not every industry community craves face-to-face interaction, our industry community really seems to.

So, there is much uncertainty as we look ahead to ISE in May and InfoComm in June. There’s no assurance that we can hold COVID-19 at bay, and, even though Blackman and Labuskes reiterate their support for the industry community they represent and serve, it appears unlikely that investments will be refunded. There is, therefore, risk on all sides. But Labuskes closes with a salient point, asking rhetorically, “Are both events going to provide an opportunity to reconnect, to reignite, to restart the industry? To reinforce and reaffirm relationships? The answer to that question is obviously yes.”

The organizations are banking on the #avtweeps community answering “yes,” as well.

Dan Ferrisi has been covering the commercial AV industry as an editor, reporter and writer since 2004. He is the former editor of Sound & Communications, and he joined Commercial Integrator as editor-in-chief in November 2021.

A version of this article originally appeared on our sister publication Commercial Integrator‘s website.

What makes a trade show booth attractive to a buyer? – Produce Blue Book

What makes a trade show booth attractive to a buyer? – Produce Blue Book