What can the various comic publishers do for comics to strengthen the comic industry in 2022?

Fewer gimmicks. Variants have been used for so long that they are losing popularity with the people who are collecting them. The sales they produced have become less and less as more time has passed. Towards the end of 2021, variant covers from many publishers offered seemed less and less desirable than at the start of 2021. One great-looking cover can move a comic’s sales just as much as a dozen or more covers for the same issue.

More control to the editors. Writers are human. A team is better than an individual. An editor can help make a storyline even better. A simple nudge or suggestion can strengthen a writer’s story. What is the aim of the story? What is the writer hoping to accomplish? An editor can show a writer their strengths and weaknesses and help them create a better story.

Comics that sell well lead to trade collections that sell well. More sales mean a healthier comic industry. Instead of publishing anything and everything, work on producing quality comics that people want. Too often, once something sells well, the publishers kill sales with too many spin-offs. Most comic store owners would rather have one title sell a hundred copies than ten spin-offs that might sell ten copies. It is far easier when someone comes in wanting to check out a particular comic character or characters and point them to one title. A title with many related comic tie-ins often confuses and overwhelms a new reader or even current readers. They are more likely to ignore the other issues or even drop what they are already buying. For comics, less can be more.

Improve the quality of comics in 2022. More team-ups between a great writer and a great artist on a book will, of course, lead to more excitement and sales.

Hire people to promote and talk about comics. Marvel’s Editor-Chief C.B. Cebulski has seemingly been mostly silent in 2021. Gone was the hype he brought for Marvel. DC fired Dan DiDio, who had promoted DC at conventions and online. Get people to hype your product.

Better scheduling of release dates for comics. Delays, of course, happen, though it is far better to space out comics throughout the month than having multiple issues of the same title come in once. Such as when an annual comes out the same day as the regular issue. For us, they would sell better if they were to have different release dates. For instance, the various Transformer comics can go for weeks without an issue coming out, and then three different Transformers titles come out on the same day. Spacing out release dates often helps with a customer’s budget and ability to buy them.

Bring in some new hot artist talent in 2022. Writers have been the focus of the comic industry for years now, time to let us see some more focus on artists. A hot writer and a hot artist make for hot sales.

Fewer event crossovers. Less “Nothing will ever be the same!” Not every crossover or new storyline has to have something drastic happen. No one has to “die” to make it a good story. Comics seem desperate at times over hyping storylines. A simple story where the hero tries to stop a bank robbery can be entertaining and made into something people want to read. Most television shows are not killing their main characters or hyping “nothing will ever be the same!”  as much as comics do. Tell good stories, and people will buy the comic.

Will any of these ideas be used in the new year? 2022 will hopefully be a year of growth for the comic market with a lot of enjoyable comics to read.

Comic Store In Your Future #comics #2022 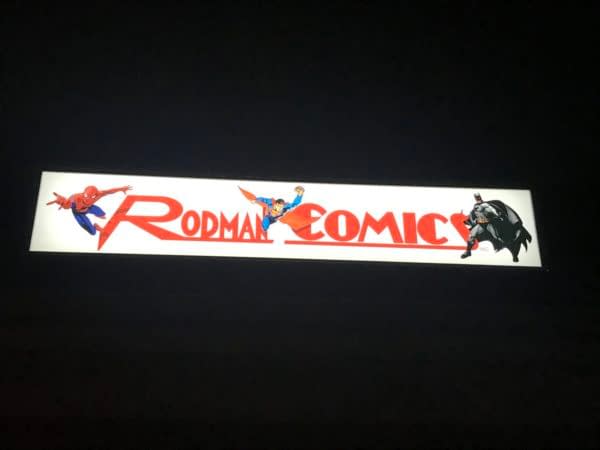 What can the various comic publishers do for comics to strengthen the comic industry in 2022? Fewer gimmicks. Variants have been used for so long that they are losing popularity with the people who are collecting them. The sales they produced have become less and less as more time has passed. Towards the end of […]