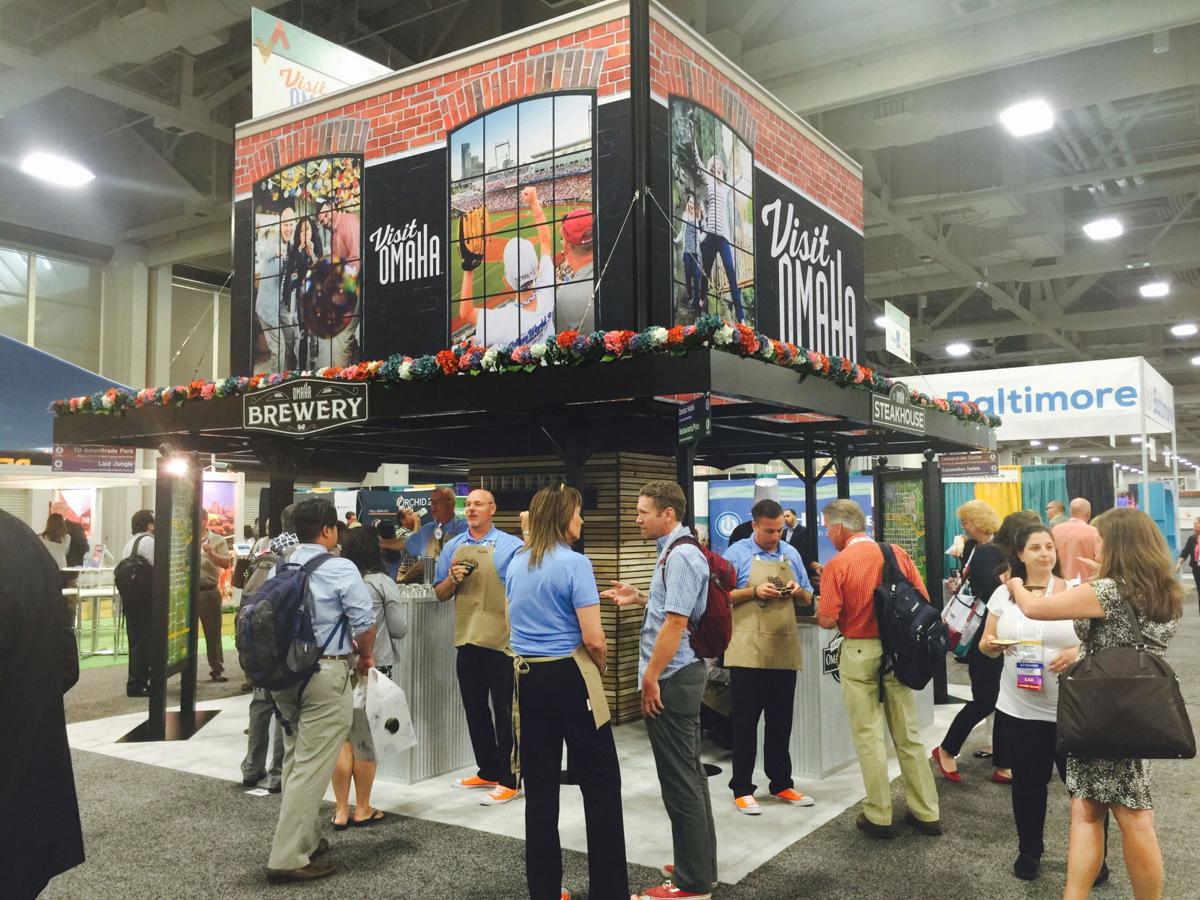 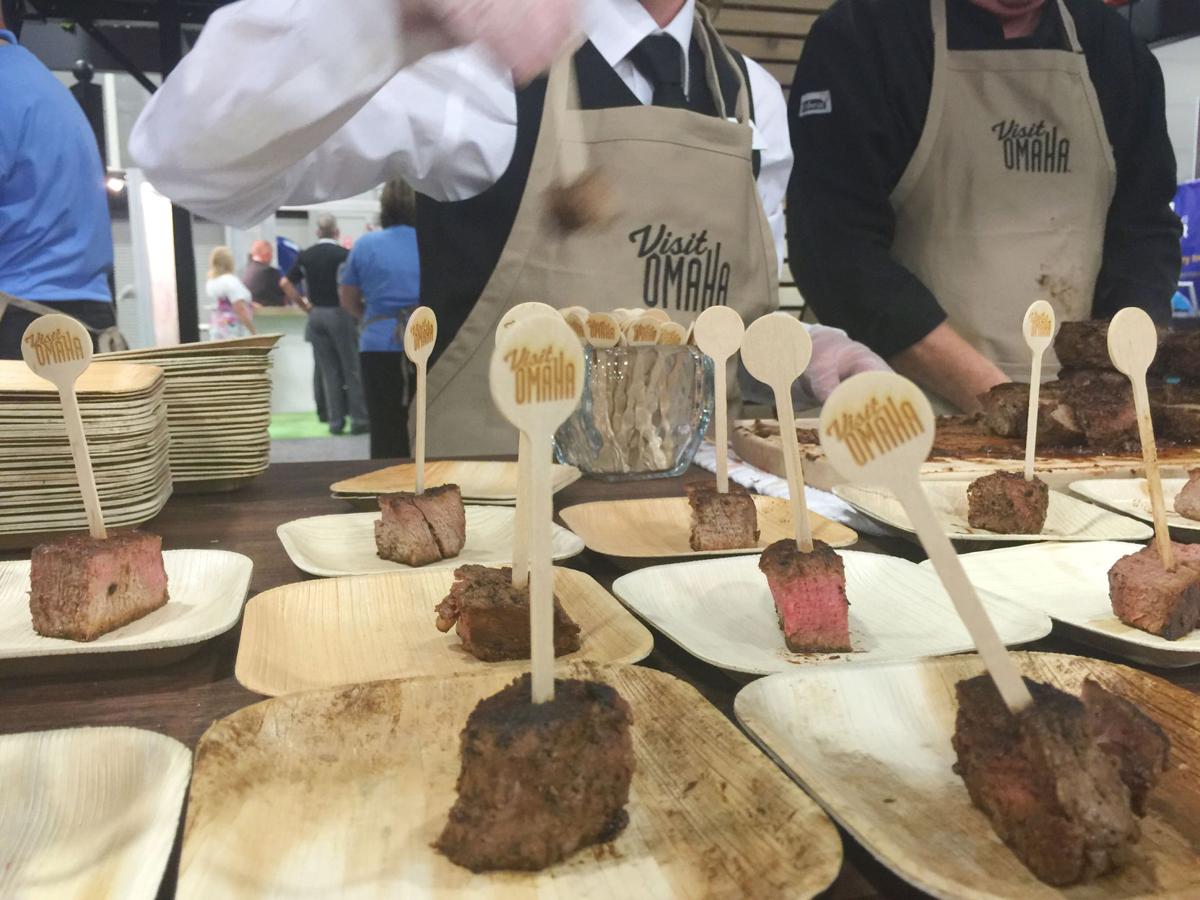 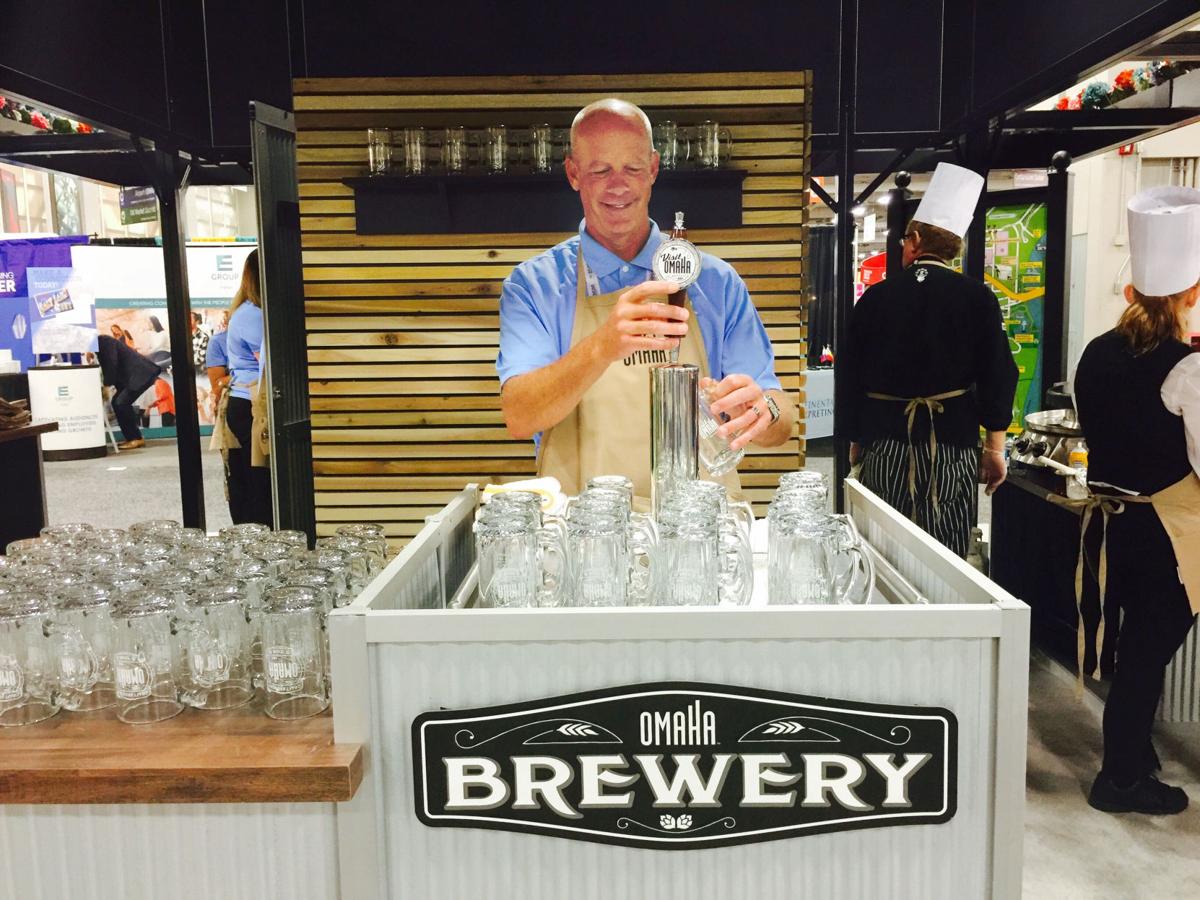 At the Visit Omaha booth, the Omaha Brewery served samples in commemorative Omaha craft beer mugs. “Since it was the middle of the day, we served root beer,” Backsen said.

A Visit Omaha trade show booth that offered the sight, smell and taste of sizzling Omaha Steaks received top honors at a national convention and attracted a record number of visitors.

The annual meeting is an important gathering that attracts many groups in the market for a convention or meeting destination, Backsen said.

“Those connections could lead to future … convention business for Omaha, and that’s the real payoff here,” he said.

The visitors bureau is always on a quest to attract more convention business, which benefits local businesses and tax coffers.

Convention attendees last year spent, on average, $837 each in Omaha, according to data from the visitors bureau’s economic impact calculator, which takes into account spending on such things as lodging, dining, shopping, meeting space and transportation. And the city received $7.6 million in tax revenue last year from 130 meetings and conventions.

Budget 2022: HS 2022- How the change may affect trade, GST and its impact on the upcoming budget

Budget 2022: HS 2022- How the change may affect trade, GST and its impact on the upcoming budget