Artists from San Antonio and beyond dropped bold new albums in 2021. Here are our faves. | Music Stories & Interviews | San Antonio

The year 2021 delivered plenty of the first. Fortunately, music makers the world over responded with recordings that were appropriately adventurous but also made for rewarding repeat listens. It wasn’t easy to pick 10 favorites but we did.

So, without further chin scratching and pontification, here are the albums — including stand-out San Antonio releases — that helped us weather a strange and unpredictable year.

The Grasshopper Lies Heavy: A Cult That Worships a God of Death (Learning Curve Records)
San Antonio’s The Grasshopper Lies Heavy has been at it for so long, it might be tempting to take the band’s steady stream of avant-metal releases for granted. This album demonstrates precisely why that’s a terrible idea. Cult features the band’s monolithic riffing and pissed-off aggression in spades, but it also showcases a quieter, and equally effective, brand of tension. The gripping, four-suite title track builds to an eerie interlude marked by synth washes and chiming guitar arpeggios, while the proggy-in-a-good-way “Bullet Curtain” hints that this band has even more sonic evolution yet to come. 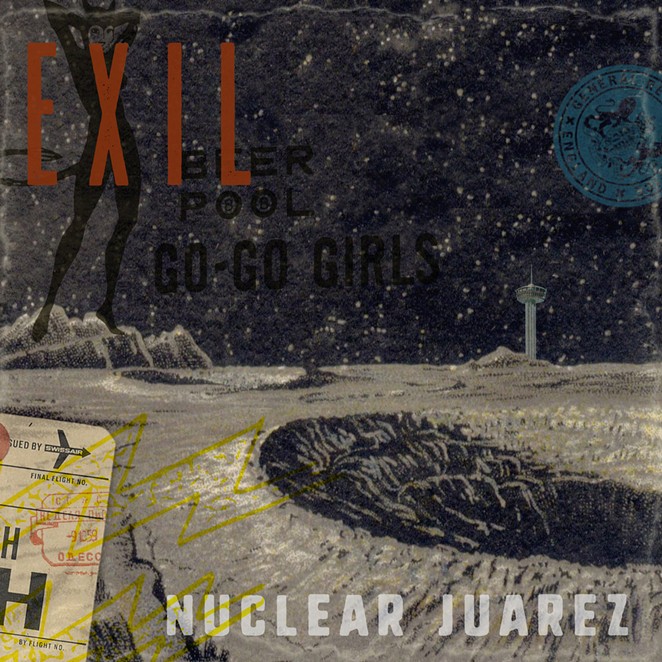 Nuclear Juarez: Exil (Half-Life Recordings)
Genre music is tricky. On one hand, the conventions are defined, and the expectation is that artists will work within them. On the other, how do you do something artistic if the audience only pays attention to those acts coloring within the lines? Local surf rockers Nuclear Juarez manage to just toe the line. Surf music has been well-defined since the time of pioneers like Dick Dale, and no one who listens to Exil would accuse the band of going crazy with experimentation, despite some outrageous guitar tones. And are those “Smells Like Teen Spirit” quotes on “Company Property?” Exil delivers on its promise of fun, something we all need to cope with the dystopia that is modern ’Murica.

Wolves in the Throne Room: Primordial Arcana (Century Media)
Some accused Wolves in the Throne Room, one of the pioneering atmospheric black metal bands, of breaking no new ground with this, their seventh album. That misses the point. Primordial Arcana achieves the sublime because it’s the Pacific Northwest act’s most successful release at fusing all the myriad elements that comprise its distinctive sound: crushing heaviness, sophisticated melody, ritual atmospherics, experimental passages, natural field recordings and more. The 10-minute “Masters of Rain and Storm” is a masterpiece of extreme sonic exploration.

Sleater-Kinney: Path Of Wellness (Mom+Pop)
Sleater-Kinney’s reboot is complete. The band had a controversial 2019, losing longtime drummer Janet Weiss and dropping the divisive St. Vincent-produced The Center Won’t Hold. The band took a wider approach with Path Of Wellness, combining elements of the last record with renewed focus on the infectious guitar and vocal hooks that defined its classic work. Weiss is missed, though her eventual return feels all-but-inevitable. But this is 2021, and if you can’t get behind the single “Worry With You,” you just don’t like Sleater-Kinney.

Amyl and the Sniffers: Comfort to Me (Rough Trade)
From the late ’70s up to the mid ’80s, Australia was a hotbed for bands whose frenzied approach to punk ’n’ roll was the world’s envy. On its second full-length release, Melbourne’s Amyl and the Sniffers lives up to that tradition — and then some. Led by charismatic shouter Amy Taylor, the quartet buzzsaws through 13 jagged tracks that crackle with anger and frustration while never abandoning the core mission of rocking the fuck out. When Taylor’s lyrics turn to politics, commenting on misogyny and climate change, for example, they come from a personal place that gives them real grit.

Mexstep: Vivir (Self-released)
Recorded following a health crisis that brought on a period of introspection, San Antonio rapper — and UTSA professor — Mexstep’s latest album celebrates life and repeatedly urges listeners to relax and reflect. Couldn’t we all use a little of that right now? Mexstep’s soulful, unhurried delivery is perfectly complemented by production from Black Puma’s Adrian Quesada. These winning tracks capture the jazzy inflections of prime Gang Starr but with flourishes of West Side soul that suggest you could spin this at a backyard barbecue and catch your tio getting down to it. 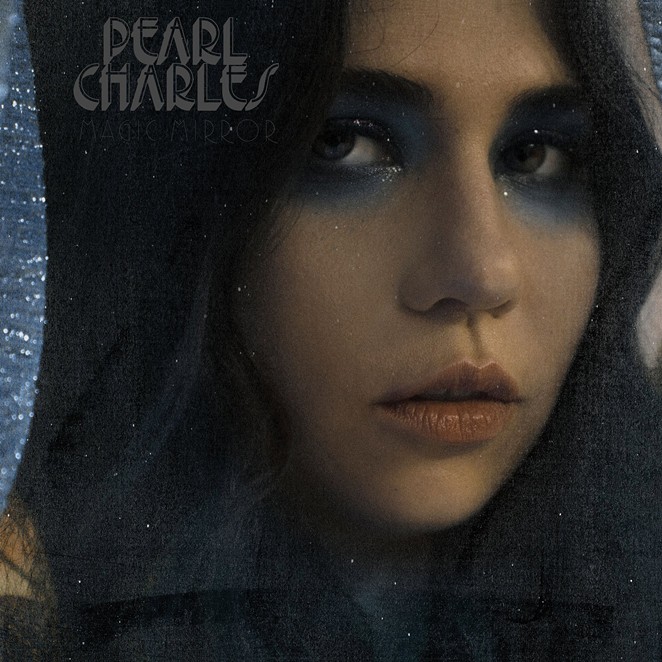 Pearl Charles: Magic Mirror (Kanine)
Pearl Charles is one of those artists who leaves you scratching your head, wondering why they aren’t bigger. Her visual aesthetic puts her in the same universe as outsize influencers like Lana Del Rey, and her amalgam of ’60s rock and ’70s cosmic country puts her in a distinctive musical realm. Her 2018 release Sleepless Dreamer was strong, but Magic Mirror ups the game. “Only For Tonight” got the hype since its disco-inflected arrangement is a departure. But don’t sleep the title track, “What I Need” and “Sweet Sunshine Wine,” which combine a Laurel Heights vibe with the pleasant songwriting of performers such as Christine McVie.

Carcass: Torn Arteries (Nuclear Blast)
Since its 2013 comeback, death metal band Carcass has released a string of albums that harness the brutal grind of its early releases with a more melodic and varied approach. That strategy continues on Torn Arteries, which offers no letup on the gore and black humor — check out “Kelly’s Meat Emporium” for a force-feeding of both — but makes the package even more effective by refining it with hooks, rock swagger and bluesy guitarwork. Palette cleansers between bloody bites, as it were. It’s refreshing to see an extreme metal pioneer still pushing boundaries more than 30 years after its debut album.

Cooper Greenberg: Silverbelly (Self-released)
A singer-songwriter with guitar chops is a rare enough breed that it mandates celebration. San Antonio’s own Cooper Greenberg puts those chops to good use on Silverbelly. The LP is a diverse collection of styles from pleasantly sun-baked (“Salted Plum”) to more out there (“Sind Sie bereit? Fangen wir an!”). Aside from the solid playing, one the secrets of success here is the quality of the genre jumps. Some artists focus on one style and move to others as an experiment or throwaway. Greenberg avoids that trap, making it hard to pin his sound down — and we mean that in a good way.

Cynic: Ascension Codes (Season of Mist)
Cynic’s small output — four LPs in almost 30 years — belies the act’s outsize influence on metal. Recently, guitarist-vocalist Paul Masvidal coped with the passing of drummer Sean Reinert and bassist Sean Malone, the other two members who formed Cynic’s core. Ascension Codes balances the stylistic quirks that define Cynic, such as ethereal vocoder vocals, while moving in new directions by adding bass lines played on synth, a nod to the irreplaceable Malone. Ascension Codes has been called “jazzy,” a silly moniker since it features little or none of the improvisation that defines jazz and is tightly controlled. Don’t skip over “The Winged Ones,” the ballsy instrumental that opens the record.

Get our top picks for the best events in San Antonio every Thursday morning. Sign up for our Events Newsletter.

Four Verts: Fixing the Bears, Seahawks, Giants and Panthers – For The Win

10 Best Documentaries Of The 1960s, According To IMDb

10 Best Documentaries Of The 1960s, According To IMDb

New to The Street TV Announces Episodes Airing on the Fox

New to The Street TV Announces Episodes Airing on the Fox