The Los Angeles Lakers are in a murky situation after a poor 16-16 start to the season.

The season has been mired with injuries and most recently, players being put in the NBA’s health and safety protocol. The Lakers had up to seven players in the protocol, and head coach Frank Vogel and assistant coach Phil Handy are also out because of it.

Los Angeles built a three-game winning streak after hovering at .500, but things have fallen apart lately and noise around LeBron James’ future in L.A. has started.

However, according to Shams Charania of The Athletic in an interview on The Pat McAfee Show, James is not leaving, but L.A. is certainly browsing the trade market for upgrades:

“I heard directly from Rich Paul that LeBron James isn’t leaving the Lakers.. this team just doesn’t look it has the young legs that they need to have & they have been very active in the trade market” ~@ShamsCharania#PatMcAfeeShowLIVE #LakeShow pic.twitter.com/BZEAMM6Zkb

Charania mentioned Ben Simmons and Jerami Grant as two players the Lakers would want to have, which have been reported recently.

The Lakers just don’t have many trade assets after acquiring Russell Westbrook over the summer. Talen Horton-Tucker and Kendrick Nunn are the only players not on minimum contracts that could be used to enhance the roster, but that would largely depend on how other front offices view them. 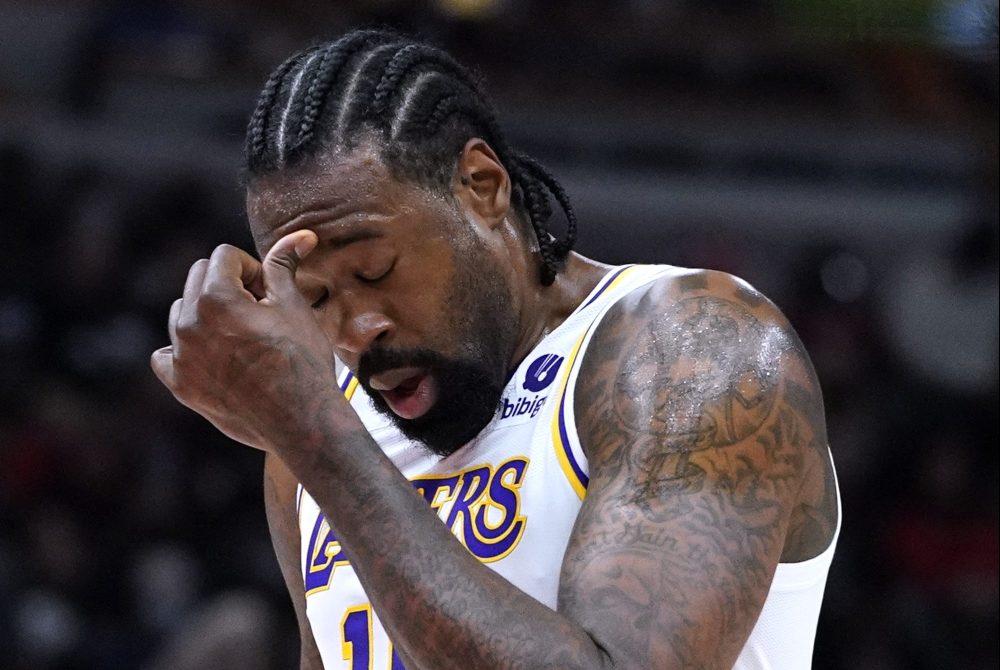