Houston’s Daniel Theis is well liked by other NBA teams


Excluding Wednesday’s performance as an in-game injury replacement for Christian Wood, veteran big man Daniel Theis has seemingly fallen out of the rotation for head coach Stephen Silas in Houston.

During their four-game winning streak, the Rockets have abandoned two-big lineups for smaller groupings with more athleticism and floor spacing. This typically means Wood starting at center (he’s probable to return Friday) and rookie big man Alperen Sengun playing minutes off the bench, which is understandably important to his development.

Barring injury, that leaves minimal minutes for Theis, if any. But that doesn’t mean he couldn’t have a place on another roster that doesn’t already have two higher priorities at the center position.

On the latest episode of the “HoopsHype Podcast,” HoopsHype’s Michael Scotto and Yossi Gozlan discussed players eligible to be traded on Dec. 15, which includes 2021 offseason signings like Theis. Here’s what they had to say when the conversation turned to Theis (13:15):

Scotto: Daniel Theis was brought to Houston to be a good veteran mentor and to help them try to win games even though they’re in a rebuild. He has great habits and does all the dirty work that doesn’t necessarily show up in the box score all the time. With Christian Wood at the five, that seems to be Houston’s best lineup, and for the time being, Theis hasn’t been getting playing time over the past few games. He’s a guy I feel is best suited on a playoff team. We saw that for years with the Celtics. I think, closer to the trade deadline, teams are going to be calling Houston and monitoring him. He’s well-liked around the league.

Gozlan: Theis’ deal was prime for him to be traded in the future. I think even Theis figured he’d get traded because he got a 15% trade bonus in his deal.

Theis is signed to a relatively team friendly three-year deal plus a team option for the 2024-25 season. Even with the trade bonus, his salary for the 2021-22 season will still be below $10 million, which makes it fairly doable for most teams around the NBA to match salaries in trade proposals with the Rockets — even if they are above the salary cap.

Between Theis’ age (29) and his current status outside of the rotation, it would seem unlikely that general manager Rafael Stone could command a significant return in a hypothetical trade. However, even a relatively small asset (i.e. a second-round draft pick) is certainly worth exploring for a Houston squad that isn’t currently playing Theis and appears unlikely to truly contend during his remaining prime years. 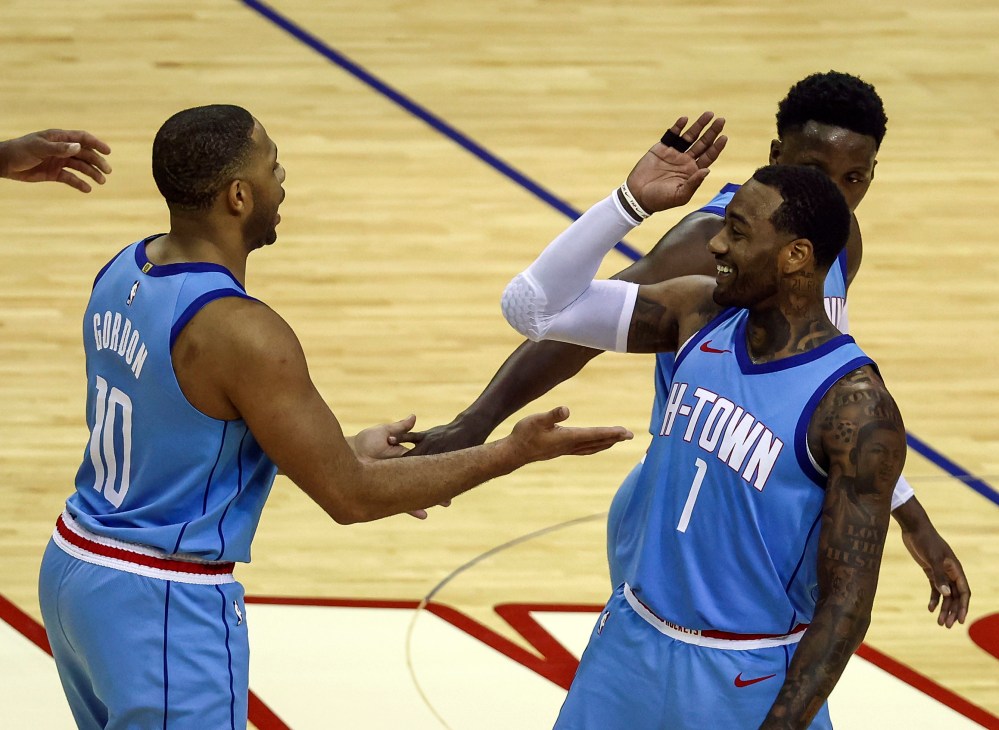 Houston’s Daniel Theis is well liked by other NBA teams

Pennsylvania Convention Center Gears Back Up

Pennsylvania Convention Center Gears Back Up